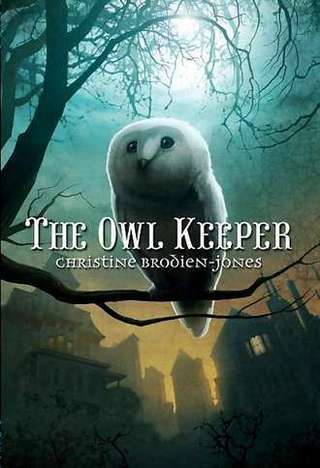 Maxwell Unger has always loved the night. He used to do brave things like go tramping through the forest with his gran after dark. He loved the stories she told him about the world before the Destruction -- about nature, and books, and the silver owls. His favorite story, though, was about the Owl Keeper.

According to Max's gran, in times of darkness the Owl Keeper would appear to unite owls and Sages against the powers of the dark. Gran is gone now, and so are her stories of how the world used to be. Max is no longer brave. The forest is dangerous, the books Gran saved have been destroyed, and the silver owls are extinct. At least, that's what the High Echelon says. But Max knows better.

Max Unger has a secret. And when a mysterious girl comes to town, he just might have to start being brave again.

The time of the Owl Keeper, Gran would say, is coming soon. 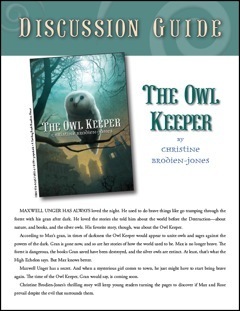 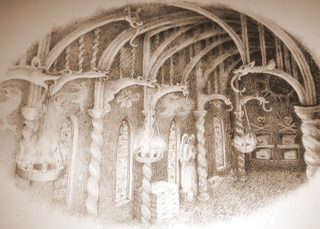 Have you ever felt afraid or alone? Ever kept a secret too dangerous to tell?

Max Unger, hero of THE OWL KEEPER, has always loved the night. He used to be brave, exploring the forest with his gran after dark. But the forest is dangerous now, his gran is gone, and Max is alone and afraid. He misses Gran's stories about the silver owls and the world before the Great Destruction. And Max has a secret - one that he doesn't dare tell.

Writing THE OWL KEEPER was full of surprises. Like Max, I was an only child too. And I loved the night! As I wrote down the story, I watched Max’s life turn on its head after he meets a mysterious girl. Artemis Rose Eccles challenges everything Max believes to be true. 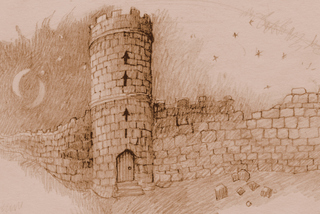 One stormy night Max realizes he has to find his courage again – not easy for a timid boy who’s allergic to the sun. Tracked by loathsome creatures sent by the High Echelon, Max and Rose flee into the forest, risking their lives to fulfill an ancient prophecy. And so I followed them in. I hope you will too!

If you enjoy impossible quests and underdog heroes, this book is for you. 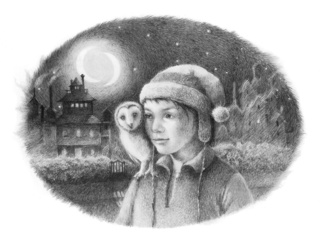 Excerpt. © Reprinted by permission. All rights reserved.
CHAPTER ONE

When Max first saw the girl that night, standing beneath the owl tree, he thought she was a ghost or a vision, or maybe a comic-book character come to life. It didn't occur to him that she might be real. As far as he knew, nobody real had ever come to the owl tree before.

The girl tilted her head, peering sideways at him. That's no ghost, he told himself, pulling down the flaps of his woolen cap. He shivered, feeling feverish. This field of dry brown grasses was his territory, along with the owl tree that stood in the center. The river below was his too, with its muddy path and view of the forest on the other side. All this belonged to him.

Night after night, Max sat under the owl tree, to be alone to brood and think. He held a secret hope that the Owl Keeper might pass this way, but that had never happened--not yet, anyway--and for sure this girl wasn't the Owl Keeper. He wanted to say she had no right to be there, but the shivering went right through his lips and into his throat, locking the words inside. 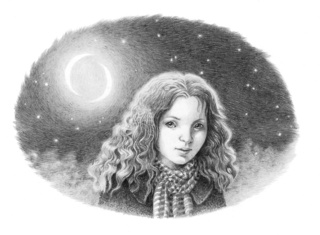 He stared at the girl as she looked around in a defiant sort of way. She was tall--string-bean skinny, as Gran used to say--with an oval olive face. Hair fanned from her head in a burst of coppery orange, and leaves were tangled all through it. Max had never seen anyone so disorderly. She looked moody and self-centered. Where had she come from? She couldn't be a Misshapen--they never left the forest--yet she was utterly unlike anyone he had ever known.

Without a word she whipped around, glaring at him with a haughty expression.

Looking into those green eyes, too big for her face, Max could see that the girl was different in a scary kind of way. Those eyes had a lean, hungry look. Her woolly black coat hung to her ankles, a spider dangling from the hem. Sticking out from under it were long, bumpy toes. Nobody around here dressed in clothes like that, and nobody Max knew would dream of going barefoot in this damp climate.

Max had a nervous feeling in his chest. Clenching his teeth, he stepped forward, unsure of what to say. The girl drew herself up. Beneath the coat, her shoulders moved like frail wings. He noticed she was nearly a head taller than he was.

"You don't have any deathwatch beetles attached to your coat, do you?" he asked hesitantly. Didn't she see that spider hanging there? This girl, Max realized, was even more of an outsider than he was.

Her eyes flashed. "What's that supposed to mean?" She jutted out her sharp chin. Her coat smelled like wet leaves. 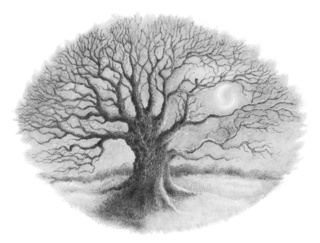 "Death doesn't scare me." The girl pointed to the top of the tree. Despite the cold air, she wasn't wearing mittens. "What's up there?" Her eyes traveled to a small silver-feathered owl, sitting on a high branch.

Max froze. No one knew about the owl. Since last winter he had kept her hidden in the owl tree, away from prying eyes. The problem was, silver owls didn't exist--not officially, at any rate. Silver owls had been declared extinct by the government. "It's just an ordinary barn owl," Max lied. He hoped his owl hadn't heard that remark; she'd be terribly insulted if she had. "She lives in this tree. I call it the owl tree." This girl is acting so uppity, he thought, you'd think the owl was the intruder,not her.

Max adored owls--they were his passion--and he was endlessly fascinated with silver owls. He'd learned volumes about them from his gran. To have this small silver owl appear out of nowhere, he knew, was nothing short of a miracle.

The girl scrunched up her eyes. "I never saw a silver owl before," she said, her voice thin and scratchy.

Neither had Max--not until this owl turned up with a message in her beak. Fearful of her at first, he quickly realized that she was unique, with her heart-shaped face and golden eyes. He didn't mind that she was small and scruffy--her feathers gave offlight, a luminescent glow that silver owls were famous for. It was the kind of light Max imagined at the center of the sun, if only he dared look at it.

"I told you, it's not a silver owl," he insisted. "It's a cousin or some distant relative." 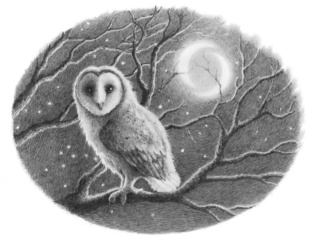 The girl paid him no attention. She couldn't stop looking at the owl. Max wished he had a stronger voice. If his words boomed out, she might listen. She'd probably be impressed if he told her about the message; maybe she'd even help him decipher it.

But the message was his secret, and so was the mystery of his amazing silver owl. Telling this girl anything might be risky. What if the authorities had sent her to spy on him?

"Real silver owls don't exist," she said, her lips set in a fierce line. "That's what they want us to think anyway." She threw him an enigmatic smile.

Alarmed by her comment, Max looked away. How much, he wondered, did this girl know about silver owls? According to the textbooks, countless birds had perished during the Great Destruction. The books said that all the silver owls had.

But Gran had told Max that not every silver owl had been destroyed. Dispersed by the Dark Brigade, the silver owls had been weakened and were in hiding, waiting for the Owl Keeper to appear. One day, said Gran, they would fulfill an ancient Prophecy and bring their OwlSong back to the world. But as Max grew older he'd started to wonder if it was true--or had it just been one of Gran's made-up stories?

Check out "The Owl Keeper" at TeachingBooks.net

If you own a copy of "THE OWL KEEPER," please contact me & I'll send you a bookplate with my autograph & a personal message! 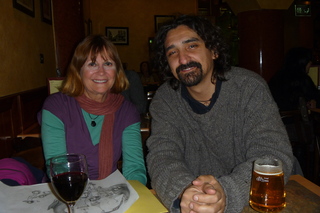 Madrid, November 2012: Meeting up with Fernando Juarez, cover artist for THE OWL KEEPER 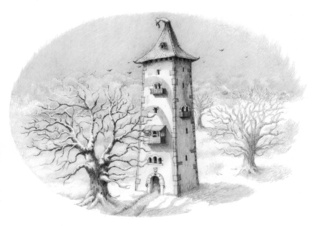 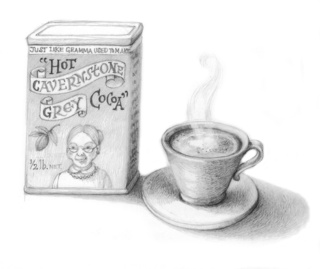 Adopt an owl from The York Center for Wildlife - Cape Neddick, Maine!
Loading…}